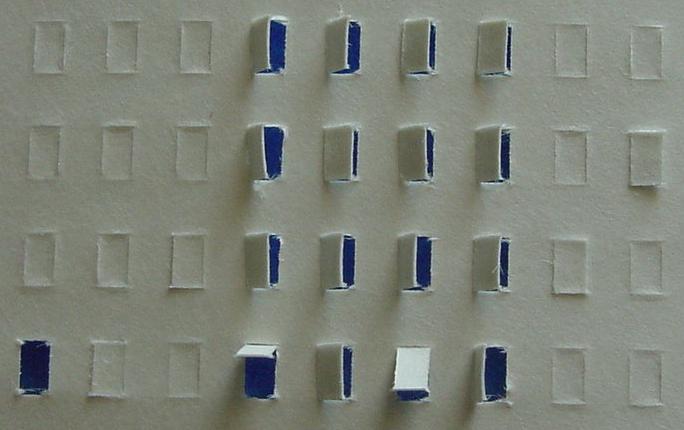 This year, as in every other important election year, there has been quite a bit of discussion about the status of the nation’s elections process and the potential for voting system failure.

The good news is that, according to a new report by the Caltech-MIT Voting Technology Project, voting technology has come along way since the infamous “hanging chads” fiasco of 2000.

The flipside to that coin, however, is that any gains in accuracy may be cancelled out by the rise in absentee voting.

The widespread replacement of outdated voting systems with more reliable electronic voting machines has led to a drop in ballot errors and lost votes.

“As we moved away from punch cards, lever machines, and paper ballots and towards optical scan systems and electronic systems that have voter verification, we have seen the voter residual rate plummet,” said Michael Alvarez political science professor at Caltech and co-author of the report in a statement.

The residual vote rate, which is the yardstick used to test the accuracy of different voting systems, is the discrepancy between the number of votes cast and votes counted in a particular race. Researchers at VTP found that from 2000 to 2008 the national residual vote rate was cut in half with an even greater drop in those states using more modern voting technology.

But despite the use of increasingly secure voting technology, the report found that absentee voting is more likely to produce residual votes than in-person voting. A potentially significant discovery for elections officials in California, where 65% of all ballots cast during this year’s presidential primary were sent in the mail. And just last week, the Sacramento Bee reported that 1 million Californians have already voted by mail for the general election.

The authors, after studying two decades of elections data from California, concluded that “all the accuracy gains California had made by improving voting machines for in-precinct voting over the past two decades had been balanced out by an increase in the residual vote rate due to the rise of mail-in balloting.”

“We have possibly gotten way ahead of ourselves in encouraging people to vote by mail,” said Charles Stewart III, a political science professor at MIT and co-author of the report. “It’s pretty clear that the improvement we’ve gotten by having better voting machines in the precincts may be given back by having more and more people voting at home.”

Having served as a poll worker twice in California, I witnessed the Precinct Ballot Reader (PBR) immediately spit back out ballots with errors allowing voters to correct mistakes. Voters filling out, arguably confusing and complex, ballots at home don’t have this same opportunity.

In spite of the significant challenges posed by the sudden uptick in vote-by-mail balloting, the authors are quick to point out that this is a good elections story—our voting systems have become more secure—and provide some common sense solutions to address these new concerns.

The report urge states to discourage “no-excuse” absentee voting and not to expand to all-mail or internet voting until accuracy can be ensured. The report ends with a long list of recommendations including the development of voter verification systems that would shift the cost from the voter (purchase of IDs) to the state (creation of a database) and the approval of legislation mandating post-election audits of all voting techonologies.

The types of voting glitches may have changed since 2000, but the need to ensure the security and accuracy for the entire electoral process has not.

As elections are increasingly being decided by slim majorities, it is paramount that California ensures that all votes cast are counted. We must not force voters to decide between convenience and accuracy, as the voting process should be both.

All stories by: Alexandra Bjerg