The week ahead: A King has fallen 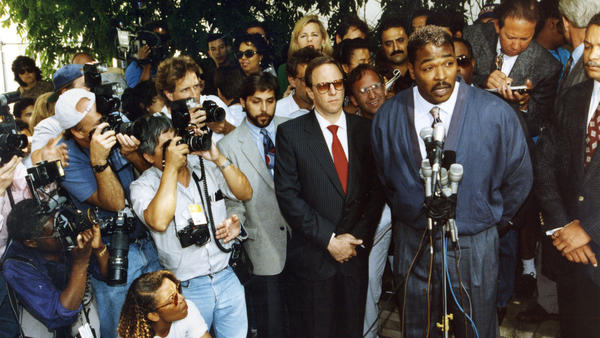 In a bizarre end to a life with symbolic gravity that transcended its otherwise ordinary trajectory, Rodney King was found dead at the bottom of his swimming pool early Sunday morning. He was 47.

Like everyone, King had his struggles. And like Trayvon Martin today, he unwittingly became a polarizing figure used as a barometer for the state of race relations in America. But unlike Martin, King was alive to see the far-reaching reverberations of the dramatic turn his life took on that fateful night in 1991. Few people have stumbled into history to leave such a large footprint.

WATCH: A look back at the L.A. Riots through the eyes of those who were there

You can also revisit other pieces in our 20th anniversary coverage of the riots by reading about the scars our own Victor Abalos still grapples with, how those who were in L.A. at the time talk about the surreal becoming reality, and a chronicle of the SAIGU-sponsored Ride of Rememberance.

Police are still investigating the death but at this time, it is being ruled an accidental drowning.

It has been almost 9 months since AB109, the piece of legislation that is gradually sending low-level offenders out of state and into county care by way of a Supreme Court mandate, went into effect. Although it’s still early in the process, there are some statistics worth mentioning.

The Center on Juvenile and Criminal Justice (CJCJ) released a report on Friday saying that “the largest reductions in new prison commitments involved parole violators (down 47%) more than new felons (down 39%), and property and drug offenders (both down more than 60%) rather than violent offenders (down 7%).” These numbers do not deal with recidivism or actually county-by-county methods of implementation, but they are revealing nonetheless.

As a follow-up, however, the CJCJ released a case study of Santa Cruz county detailing how it “has engaged in deliberate targeted interventions based on data-driven analysis of their local criminal justice system which has resulted in a reduction of their jail population.” The county’s investment in evidence-based programs is an easily duplicated model that other counties can learn much from.

With these two reports in-hand as well as some additional work being done here at California Forward through our Partnership for Community Excellence project, look for more content discussing these successes and how the media is, for the most part, turning a blind-eye and opting instead for sensationalized reports on criminals being turned loose on society.

All stories by: Chris Nelson