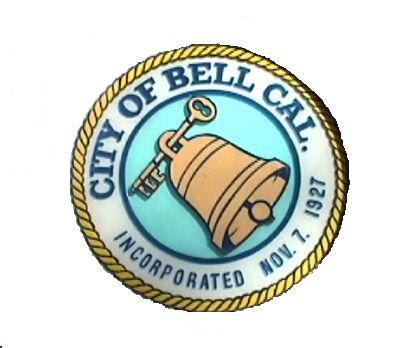 A few are going bankrupt. Some are ongoing targets of DA investigations or prosecutions. And some have slid into the muck of scandal.

These are dark days for too many of our state’s cities.

At California Forward we have committed ourselves to finding ways to fix our broken state government. We often hold up local governments as examples for how we want our state to run. Efficiently. Transparently. With accountability.

But more and more, we see many local governments caught up in their own dysfunction. Whether brought on by mismanagement or corruption, economic downturns, a disinterested or disconnected citizenry – or a combination of these factors – local government is taking a pounding.

But Ken Hampian doesn’t see crisis here. He sees opportunity. “Never consider a community a lost cause,” he told me.

Hampian is a man you’ve probably never heard of who has quietly been doing precisely what we need to do in every government entity in this state: Making government accountable to the people it serves.

Hampian, who had supposedly retired as the City Manager of San Luis Obispo in 2011, was pulled back into local government management last year to help guide what many were then calling a lost cause: The City of Bell.

“You were hard-pressed to find a city that was in a deeper hole [than Bell]. They were in a hole regarding public trust. Staffing resources were absolutely decimated. There wasn’t a single department head left. They had a brand new [city)] council but no one had any experience in holding elected office before.”

For those who don’t remember, Bell became synonymous with government corruption. A city manager and others stood accused of sucking the working-class, and mostly Latino community dry.

Enter Hampian, a city management veteran who was recruited by several concerned organizations such as the CA City Management Foundation and the League of CA Cities to step in and help unravel the mess to get the city back on its feet.

He agreed to do the job with one caveat: no pay. He said then, “harm was also done to the city management profession and to public servants in general. This was an opportunity to show Bell what honest, ethical, professional service can do for a community.”

While work and challenges remain for the people of Bell and their new leadership, the progress is both impressive and encouraging. And while Hampian is quick to give Bell’s new full-time City Manager Arne Croce much credit, he reserves most of his praise for Bell’s residents.

“The community did a great thing. They got engaged, finally, and got rid of the old city council and elected honest, smart people who are in it for the right reasons and that’s where it all starts.”

Hampian also is eager to impress upon us the importance of process. This is where most Californians tend to tune out – yours truly included. Only policy “wonks” care about process, right? But in searching for the right path out of Bell’s mess, we get a glimpse of what we as Californians need to do to help ourselves.

It’s not complicated and it’s not really that wonky. It has to do with being clear on what we want our local governments to do for us. Do we want to revitalize our local economy? Then what’s the plan? And if it’s a long-term plan, Hampian says both local elected officials and the community need to be in synch on how to get it done.

“Some goals can take ten years. Then what are you going to do over next two years to move that goal forward? You need to define how you’re going to accomplish those goals. Who’s involved? What kind of public engagement is needed? Who is going to be responsible?”

Hampian helped guide San Luis Obispo through this process 20 years ago and then again last year in Bell. He believes it can work all over California.

“You need to be transparent and invite the public to get involved. In some of these cities where there have been scandals, like Bell, people weren’t involved in the budget process at all.”

Says Hampian, “hopefully, this will be a crisis that will move us forward.”

All stories by: Victor Abalos